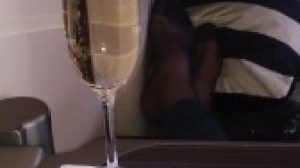 On the last leg of the journey now. Arrived in Geneva and only the bus shuttle to Chamonix to go before I can say I’ve arived. Note to self – don’t fly Finair again. Not only are they very unglamorous planes but you have to fly almost to the Arctic circle before to come back to Europe! I don’t think i noticed anyone else doing the same circuitous route as me. I managed some sleep though and two showers through the journey so feeling pretty good.

Comments Off on Nearly there

Gastronomic delights on the first leg in Hong Kong

I’d (Karyn) never been to Hong Kong before so we decided to spend a couple of days having a brief look around. We really took it easy but managed to get in quite a few gastronomic delights – carb loading for the big bike ride to follow in France perhaps? 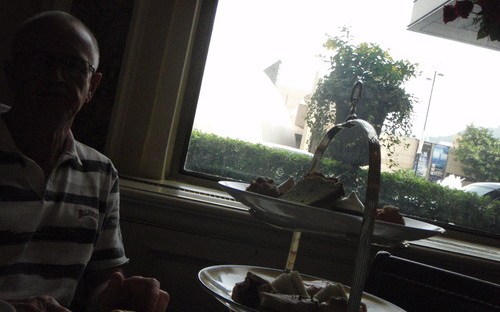 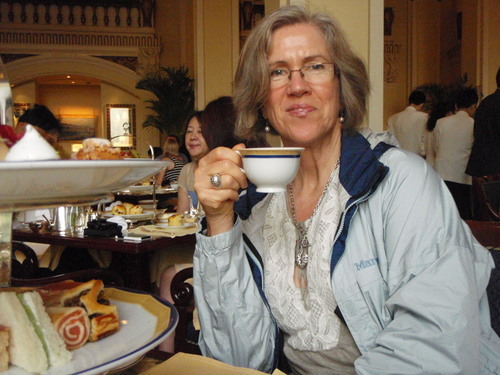 We also managed to fit in eating at street stalls at the night markets,and a sushi lunch. 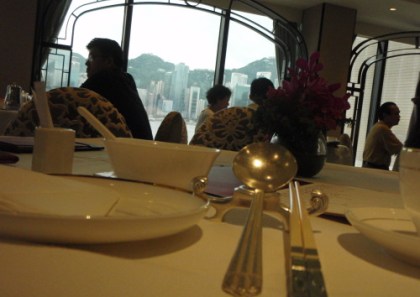 HEADING SOUTH IN SEARCH OF HEROES

Posted on February 25, 2013 | Comments Off on HEADING SOUTH IN SEARCH OF HEROES

Karyn and I have been away from home for just over a week.  We are travelling South in our van, complete with kayaks and pushbikes and are off on another adventure.  This time, we have our good friends the Ridgy’s along as well and Loris has planned a sensational trip through all the back roads and small country towns.

We never really intended to search for heroes, they just happened to jump out at me.  Day two was the first.  We stopped at Myall Creek, the site of the infamous massacre of at least 28 aboriginal men, women and children on 10 June 1838.  Over 100 years later and not many years after the last massacre of aborigines was recorded, Len Payne was a resident of the nearby town of Bingara.  In January 1965 he proposed the erection of a memorial in the memory of those who died.  Now Len was not an aboriginal man, but he strongly believed in the importance of reconciliation.  An article on the proposal appeared in the Bingara Advocate, but it was soon condemned with correspondence saying “the whole idea is ill conceived, unconsidered and mischievous and an insult to the Bingara people.”  Len’s written reply was not printed and the proposal dropped.  Len was a man ahead of his time.

But he did not give up, and every year on the 10th June, along with others, he laid a wreath at the site.  Len died in 1993 and never got to see the memorial that now stands as a result of his efforts and the efforts of the descendants of those who died and those who committed the crime.  The plaque at the entrance of the site, bears his name.

The Oxford English Dictionary describes a hero as – “ A person who is admired for their courage, outstanding achievements or noble qualities.”  For me, Len Payne fits the bill on all counts.

Oh, and by the way, you can add to the list the following names.  Beulah Adams and Des Blake.  They are descendants of those who carried out the murder at Myall Creek and represented them at the opening ceremony of the memorial on 10 June 2000.  Together with the descendants of those who died, Sue Blacklock and Lyall Munro, they sought reconciliation between both groups and a desire to heal the wounds of the past.

As we travelled South, we would often stop for a cupper in a park on the outskirts of small communities that dot the landscape.  Invariably, in the centre of the park, there would be the memorial to those local residents who died in the many wars fought by Australians in its brief history after English settlement.  The numbers were staggering. For most Australians, these men and women are our heroes.  On one such memorial, the following words were written.

“WHEN YOU GO HOME, TELL THEM OF US AND SAY,

FOR YOUR TOMORROW, WE GAVE OUR TODAY”

This statement was originally inscribed in stone by some Aussies in Burma during WW2.  The Japanese were intent on dominating this part of the World and were heading in the direction of Australia.

As I read the inscription with my good mate Ridgy, we wondered out loud as to whether this was always the case.  Have Australians always gone to war with the view of keeping those left at home safe?  It makes some sense when invasion is imminent, but what about the times when there is no direct threat to Australian lives?  I mean, what was the Boer War in South Africa all about in the late 19th Century, and for that matter, Gallipoli and the Western Front during WW1?  To this list you can possibly add the whole European campaign in WW2, along with Korea, Vietnam, Iraq and Afghanistan.

Now of course, this is not a simple issue and there are those who would argue that sometimes we need to go to war to help our mates in other countries.  And then there are those situations where the little people are being screwed, just because they want their freedom.  East Timor is a classic example.  It is certainly a complex issue, but we can all be assured that the real heroes are only contained within the numbers that go and generally not in the politicians who send them.

In some cases, the heroes can also be found in amongst those who refuse to go, when the call to arms seems unjust.  Vietnam with conscription and those who consciously objected comes to mind. I was never brave enough to do that.  Besides, it sounded like a bit of an adventure and so I headed off with thousands of others to do my two year stint.  One of those others was John Myers.  We did our officer training at Scheyville together.  His mother often took me in to her home in Hunters Hill in Sydney on the odd weekend we were let loose into the real world.

We called in to catch up with John on our way South.  He and his lovely wife Toni, live in Bowral where they run a small shop specializing in old books.  I think, that like a lot of small business in this country, John is doing it tough.  Bowral is a lovely town, but the empty shop fronts tell the story.  The owners are hiking up the rents out of greed, but no one is buying.  In many ways, people like John are the real heroes of our country.  They show immense courage just to keep going.

Right now, we are in a lovely caravan park on the edge of the water at Jervis Bay.  We were going to stay in the local National Park, but the price of entry and a campsite was off the scale.  It seems like the government is getting in on the rent hiking rort.  So we are supporting the local small business with better facilities and cheaper rates.

We’re off to Canberra in a few days.  We will possibly visit Parliament House. And if I can catch their attention, I’ll ask Julia and Wayne about people such as John and his small shop in Bowral.  If I really get launched, I might add in all of those small family run dairy farms that are disappearing off the landscape along the roadside of our journey.

I wonder if we will find any heroes in Parliament House?

Actually I do know of one, but I have to go back a long way.  It’s also associated with the statement on the war memorial that I mentioned earlier.  John Curtin was Prime Minister of Australia when the Japanese were about to head through New Guinea.  He decided it was time to bring the troops home from Europe to defend our shores.  Churchill refused.  The bastard.

Curtin went ahead anyway and loaded the troops onto boats heading back to Australia.  In the middle of the Indian Ocean, Churchill diverted the boats to Asia.    The bastard.  Curtin again stood his ground and thankfully they ended up in Perth where the troops took the train to the East Coast.  I suppose it was a bit more difficult to turn a train around.  For me, Curtin was a hero and he stood up to the big boys in Europe.  Not sure if I will find someone like Curtin this trip.  Though, Julia’s pretty tough.

Comments Off on HEADING SOUTH IN SEARCH OF HEROES

Posted on October 5, 2012 | Comments Off on Healthy Mind Platter Checklist

Here is the checklist I used to check how I was going incorporating all the components in the Healthy Mind Platter into my day.

Sunshine Coast Bikepath Ride – Coolum to Noosa along the coast

Posted on February 15, 2012 | Comments Off on Sunshine Coast Bikepath Ride – Coolum to Noosa along the coast

A fantastic leisurely ride that I can highly recommend.  Here is how we organised it.

Early morning start at Coolum.   Start time at Coolum – 8:30am

Meeting place – Carpark just south of caravan park at the skate board park.

If you are interested in a longer ride, you can ride down to Coolum from Noosa leaving at about 7:00am to have a coffee etc and then wait for everyone’s arrival at 8:30am.  This is handy for leaving a car in Noosa to bring drivers back after lunch if you don’t want to do an early car shuttle.

Car Shuttle to Noosa – if people prefer to do a car shuttle before you start, have most people wait at Coolum with the bikes while the car drivers take their cars up to a place near the Gympie Terrace restaurant and return in one car.

I picked Sirocco on Gympie Terrace Noosa as a place that suited our various foodie and price requirements. Here is a link so you can have a look at the menu if you want to. http://www.sirocconoosa.com.au/

All up  the ride, at a leisurely pace, will take approximately 2 hours, then allow time for a swim and lunch.  A terrific day with friends.

We stayed up there and maked a weekend of it but it was doable even if you are coming from Brisbane for the morning.

If it rained we would have called the ride off but we’d made arrangements to meet for lunch at the restaurant regardless and generally have a lovely time anyway.